Recently I have read a book: “Scarcity: Why Having Too Little Means So Much”. If you are a person who enjoys feeling productive and always have a very busy schedule (just like me!!! :p), this book is highly recommended to you. 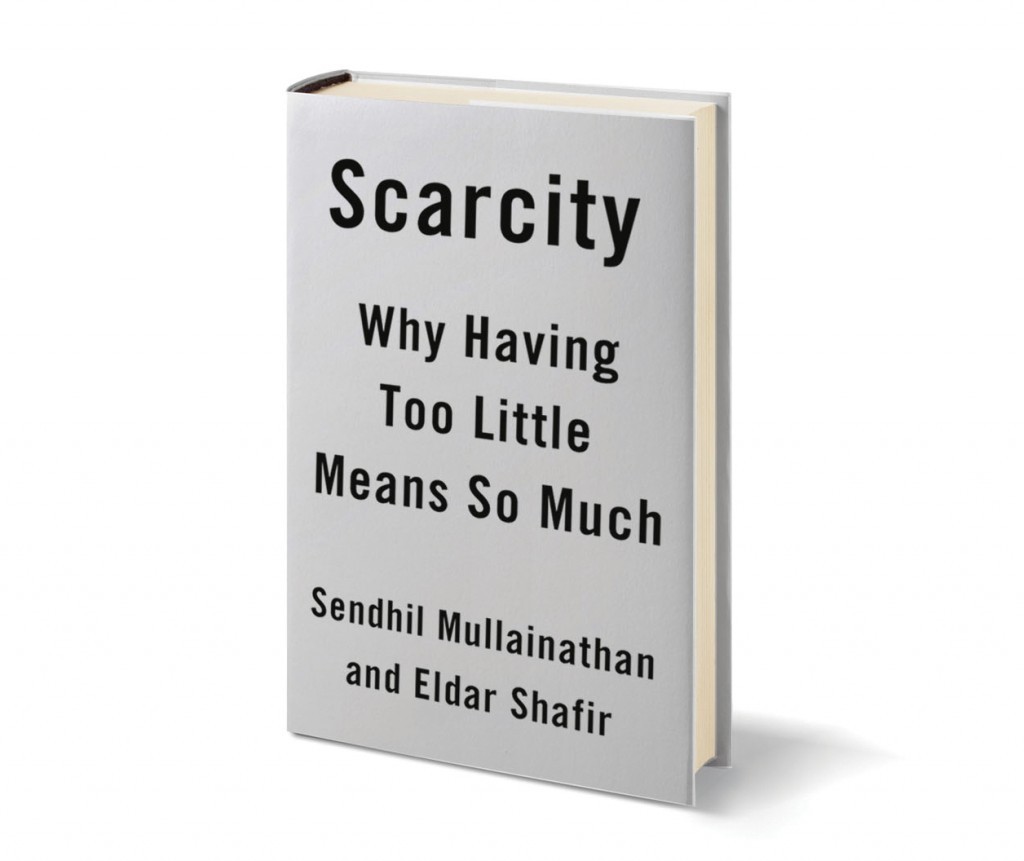 Psychologists say that we humans have very limited cognitive space and bandwidth. When we focus heavily on one thing, there is less mind to devote to other things, which is called “tunneling”. It happens frequently when we feel we lack something — for example, when we are poor (lack money), busy (lack time), on a diet (lack calories), and feeling lonely (lack companionship).

When we are stressed and feeling pressed for the things we lack, our attention and cognitive bandwidth narrow as if we’re in a tunnel. We hyper-focus on things inside the tunnel (which may be good, for we become more effective and productive for the things we focus on) but ignore things outside the tunnel (which may make things worse because the things we ignore may be more important). The book suggests that, to avoid making bad decisions, we should recognize mental bandwidth as limited resources and use it carefully.

So, if your time and mental bandwidth are very limited, please read the following article, which is short and would not occupy much of your bandwidth:

If you still have some bandwidth to spare, the following article and podcast are recommended before the meeting:

Finally, if you have just freed up enough mental bandwidth and don’t mind reading a book, please read this book! You won’t regret it!!

Scarcity: Why Having Too Little Means So Much (book)
https://www.amazon.com/Scarcity-Having- ... B00BMKOO6S

Questions for discussion:
Session I
Q1. Evidences show that poor people do not do well in other areas of their lives. They tend to be less attentive parents, do not take medicine as prescribed by doctors, and have bad financial habits, etc. In your opinions, what are the possible reasons for that?

Q3. According to the book, humans have limited mental bandwidth. If our mind is consumed with thoughts about something, there is not enough room to think about other stuff. Since the poor spend a lot of their attention on financial juggling, they are more likely to make mistakes and bad decisions.
Do you agree with the above statement? If so, what are your solutions to this predicament?

Session II
Q4. According to the book, scarcity — the feeling that we lack something — preoccupy our mental bandwidth and tunneling our vision. It happens when we are poor (lack money), busy (lack time), on a diet (lack calories), and feeling lonely (lack companionship). Can you give us some examples and explain how it preoccupy the mental bandwidth? Do you know more scarcity types other than the above four types that also consume our mental bandwidth?

Q5. How do you notice that you are running out of mental bandwidth and are inside a tunnel? What are your solutions?

Q6. You are trying to build a new habit (exercise routine, reading plan, etc.) and then something unexpected pops up once and again and you have to take care of it. What would you do? You are on a diet and then you get stuck with overtime at work. You think you really need high calorie junk food to help release stress. What would you do?

Q7. Henry David Thoreau said, “A man is rich in proportion to the number of things which he can afford to let alone.” What did Thoreau mean? Does it have something to do with mental bandwidth?
回頂端

Every psychology theory provides us a set of partial views to the world!

When we are in a hurry (time constraints) or in poverty (financial constraints), we have little choice, and we rush into decision. You can call it “bandwidth” issue or whatever fancy terms; the essence is still the same, you just lack the time or money to budget things better.

The value of this kind of research or theory is that it promotes the awareness. It reminds us to sense and to further identify if we are in the “tunnel” for making irrational decisions. Sometimes, building that buffer, that’s all that matters. A buffer to rethink, to meditate or even just to take a short breath before we rush into a decision could potentially make big differences in our lives.
回頂端

Can’t agree with you more, Iris. The authors actually provide a solution with an idea similar to “buffer” as you mentioned, which is called “slack” (another fancy word

). It’s a rainy-day fund for the poor or empty space for a busy schedule. But for those who are in need of money or time, how to create slack is another difficult problem to tackle.

Q5. How do you notice that you are running out of mental bandwidth and are inside a tunnel? What are your solutions?

Ans: I am feeling like that I am in certain tunnel even now when I am trying to write a reply here. It seems that I have something but just cannot grasp it. If it's a mental bandwidth blackout, then I guess there is no way but stop thinking, and just let it go naturally. Is it a bit like swimming? When you force it more, you sink deeper. But if you try to relax, then hopefully you may float and manage to swim. You may just get drowned and die too, of course.

In matters of style, swim with the current; in matters of principle, stand like a rock.
回頂端

I guess it’s because these questions are too long and too complicated to answer…?

Just printed out a few copies for the meeting and I found that it took almost a A4 size paper to contain all the questions. Can’t believe I wrote the questions in such a bandwidth consuming way for discussing the bandwidth issues.